As found in the February 1st 1889 Humboldt Daily Standard.

“Yesterday the body of an unknown man was found on the beach on the peninsula across from Eureka. This morning a Coroner’s jury was summoned by Justice Loveland for the purpose of holding an inquest. The party returned this afternoon, bringing the remains with them. At the time of this writing we had not learned the jury’s verdict. The body is supposed to be that of Captain Adams, although it is so badly mutilated that it can only be identified by the clothing that remains with the corpse.” 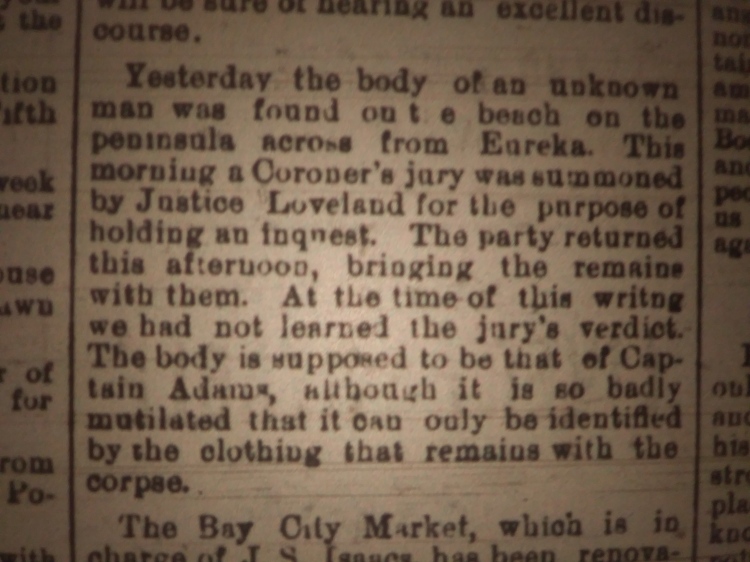